Back in 2007, we (Wes Lewis & Matt Waring) worked together as part of a small in-house Web team at a recruiment agency in Manchester - during one of our "many" tea breaks, we were chatting about the evening's Football on TV being played and who was playing in the Champions League that night, and on which channel (back in the days when Setanta Sports confused everyone).

Despite many online searches across several websites and out-dated broadcaster portals, we struggled to get the definitive answer to the question, and wasted our tea break in the process!

Following a trip to the local pub and a few cheeky pints later, we came up with the amazingly brilliant (and simple) idea of a website that showed all of the aggregated, upcoming Live Sport on TV, kick-off times, TV Channels and Teams - WherestheMatch.com was born!

Fourteen years on (yes, it's been a while now), WherestheMatch.com has evolved into a hugely popular, daily source for sports fans checking when live football is on TV and we now boast over 20 million users each year across 35 sports on our Website, Android and iOS Apps. 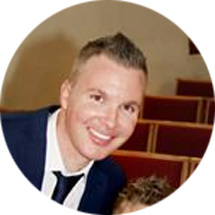 WHAT HE DOES ON THE PITCH: All the pretty things you see on our platforms - UX, UI, Front End Designer, Branding, App Design, SEO, Content & Social, Business Strategy, Commercial development 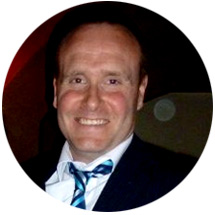 POSITION: Centre Forward (the type that never tracks back)

WHAT HE DOES ON THE PITCH: All the Magic under the hood that makes our platforms work. UX, Back End Developer, App Design, Business Strategy

TEAM SUPPORTS: Liverpool (claims to be a Reds super-fan)