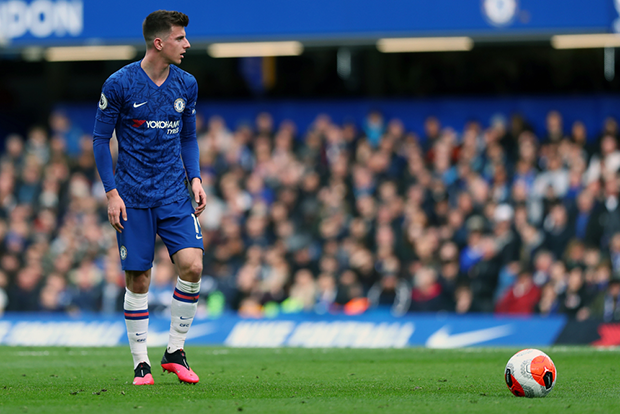 As one of the most decorated clubs in English history, Chelsea have become accustomed to winning regardless of who is the coach. Well, new coach Thomas Tuchel has made a heartening start in West London. He faces a home tie against a Newcastle United team who are struggling to convince their own fans that they have what it takes to move forward. Under-fire coach Steve Bruce, then, is likely to find few treats waiting for him as he arrives to face off a Chelsea side who are beginning to go on a run.

The Blues will likely continue to rotate the team as Tuchel looks to find his favoured XI. The team is expected to be built around a mixture of veterans and youth, with the likes of Callum Hudson-Odoi and Mason Mount (pictured) seeing regular playing time under the German.

Chelsea have been winning at half-time in all three of their last games, and are showing an upswing in form that has Liverpool worried. Chasing the UEFA Champions League slots, Chelsea area likely to push on with an attacking formation that has seen them score a fair amount of goals so far. However, one thing that might concern Chelsea is that Newcastle, despite poor form, have made a good job of keeping things tight away from home.

Indeed, they regularly see less than 3 goals in a game for both sides away from home. Bruce is excellent at keeping it tight; expect them to look to build a defensive, counter-attacking side that can play off Callum Wilson up front. A run of just two wins in their last six leaves Newcastle needing results, sitting just two places above the relegation zone.

This might become a game of attack-meets-defence, as Chelsea will be desperate for three points whilst Newcastle will likely savour just the one. Expect an ambitious home side to find a stodgy, defensive away side. It might not create the most balanced of spectacles, but Newcastle keeping the score down has become the common tactic under Bruce so far.

When is Chelsea v Newcastle Utd on the TV?

Chelsea v Newcastle Utd will kick off at 8.00pm.

You can live stream Sky Sports via a NOW TV Pass or via Sky Go on your favourite streaming device.

This is likely to be a big game for both sides; with Newcastle picking up some surprise wins, they want to keep the relatively good form going. For Chelsea, though, the aim is to start scoring more goals; 38 goals in 23 games is not a hugely impressive return of form. Therefore, expect Tuchel to look to put out a side that can attack progressive, open up the opposition, and push for little gaps in the Newcastle backline.

However, Newcastle have often found results when nobody would expect them to – it has become a minor hallmark of the Bruce era. This could be another game where, when the going gets tough, the Geordies find the will and the manner to come through what looks to be a tight, tough game.

Expect a challenging tie with plenty of back-and-forth among both sides, but also expect Chelsea to come out on top. They simply have the belief that was so sorely lacking under Frank Lampard.