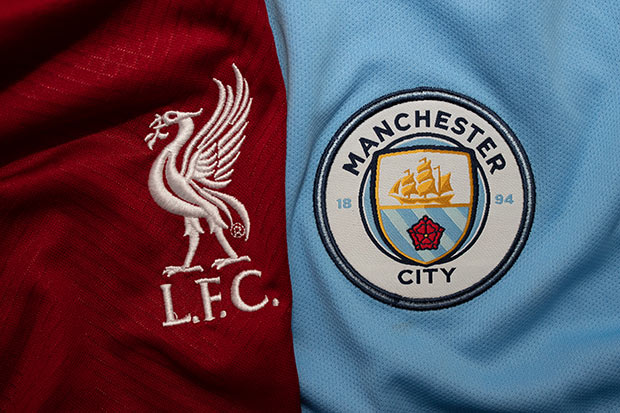 Manchester City are looking for a 10th straight Premier League win and Liverpool are looking to avoid a third successive home league defeat at Anfield this Sunday.

Pep Guardiola's City have been steamrolling through opponents this last few months and we are seeing the kind of form that has brought silverware to the Etihad - Liverpool, on the other hand, have seen some wayward performances and some uncharacteristic results (W3 D3 L3 in the last 9 PL matches) and have put the defence of their title in jeopardy.

A loss for Jurgen Klopp's men would see them go 10 points behind City - the head to head form guide however, has only seen Man City return one win in the previous 18 visits to Anfield.

Two defeats at the hands of Burnley and Brighton and a failure to score at Anfield is a real concern for the Champions, especially as City have kept a clean sheet in eight of their last nine-match winning stretch.

Liverpool will be wanting to continue their good run form against Man City at home, with 2003 being the last time City beat them at Anfield with a Nicolas Anelka brace.

City have another famous former Red in the ranks now in Raheem Sterling and we expect them to extend Liverpool’s miserable home run by winning on Sunday.

When is Liverpool v Man City on the TV?

Liverpool v Man City will kick off at 4.30pm.

The game will be shown live on Sky Sports Main Event and Sky Sports Premier League from 4pm GMT.

Sky Sports can be streamed on the Sky Go app. You can also now get Sky Sports via a NOW TV day pass.

This should be an intriguing match with Liverpool looking to end their poor home form of late - Man City seem unstoppable right now and they may be too strong for Liverpool's defensive frailties.

For the rest of the weekends Premier League TV listings go to our ultimate Football TV Guide.

DISCLAIMER: WherestheMatch.com holds no responsibility for any match information that is incorrect. Whilst we do our very best to make sure our TV Schedules & Live Stream listings are accurate, users should always check with the official broadcaster for confirmation of the upcoming live match or event.