Most of Hegoal live streams are copyrighted to Sky Sports or BT Sport in the UK - to ensure you get the best viewing experience, you should check our Sky Sports and BT Sport TV match schedules and follow the links to the official live streams available, rather than relying on the HesGoals service.

Are you looking for Hesgoal streams to watch Live Football? Trying to find HesGoal stream links to the biggest Football competitions such as the Premier League, Bundesliga, La Liga, or Serie A involving the biggest teams in Europe such as Man Utd, Liverpool, Man City, Real Madrid, PSG, Spurs, Arsenal, Chelsea, Celtic, Rangers, Juventus or Barcelona? 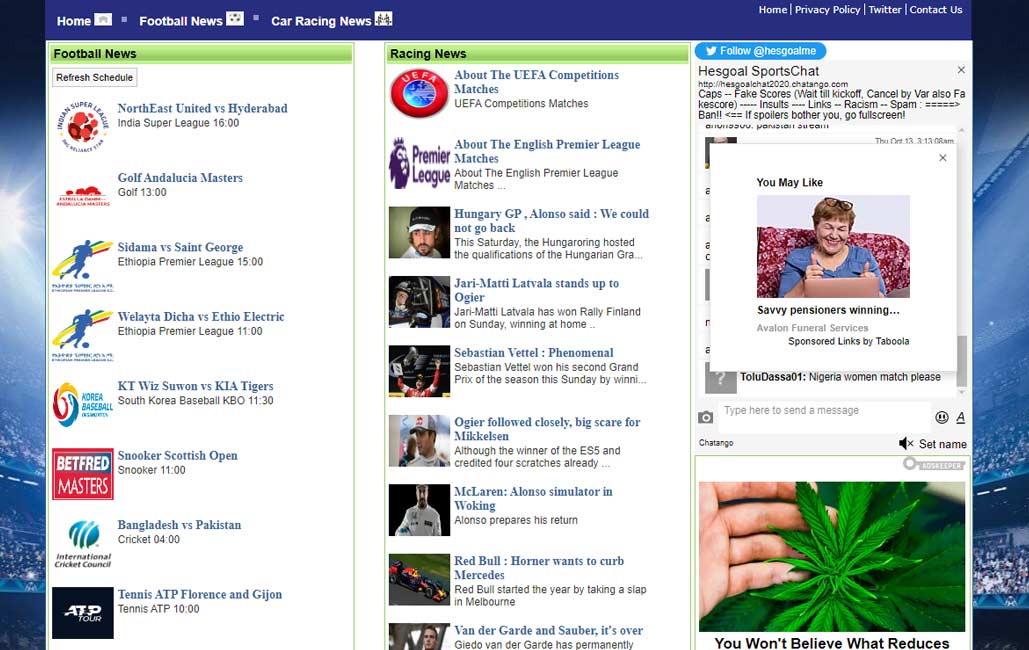 HesGoal is a free streaming website that operates in the UK and globally - Hesgoal provide access to Pay-per-view TV broadcasts that are owned by UK TV companies such as SKY and BT who pay huge amounts of money for the live broadcast rights to show Live Football, such as the English Premier League.

Users of HesGoal live streaming (or other live streams such as Cricfree, FirstRowSports, VIPBox, VIP League, ronaldo7, totalsportek or MamaHD) should be aware that accessing these live streams are acting illegally and could face prosecution if they are caught downloading and watching copyrighted material.

As well as free live streams, Hesgoal show news updates to all the latest sporting events as well as a live chat for users to share their views.

Do they live stream other sports other than football?

Yes, they stream all types of live sport including Rugby, Tennis, Boxing, Cricket, Darts, Golf, Snooker, MotoGP, F1 and more - they usually show these streams from their homepage that are linked within their news stories at the top of the page.

As far as we know, HESGoal doesn't have an app to download on iOS or Android.

Use our Match schedule links below to find out what live football is being shown on TV right now:

DISCLAIMER: WherestheMatch.com holds no responsibility for any match information that is incorrect. Whilst we do our very best to make sure our Football TV Schedules & Live Stream listings are accurate, users should always check with the official broadcaster for confirmation of the upcoming live match.